Brands, Logos and Their Unusual Stories

There are definitely a few brands that we all follow. People have such a high sense of brand loyalty to some brands that they have a hard time even imagining when those brands are not there. But all brands were invented by someone. The name you carry in front of your car, on the back of your phone, on your shirt pocket or in your mind did not exist these days. Until someone invented it ...

In order to find a brand's name or logo, intense work is sometimes required. Sometimes it coincides. Let's examine a few brand building processes that are not as charismatic as you might think.

What do you mean the word "Vodafone" is a combination of the words Voice - Data - Phone? Indeed, it is derived from these words. The Voice - Data - Phone trilogy. Nice name! On the logo, there is a quotation (') sign used when starting to speak. Then I say in quotation marks "It is beautiful"

NTV stands for what? It comes from the founder Cavit Çağlar's wife's name, Nergis. This channel is Turkey's first news channel. They probably thought it wasn't going to work out anyway, so maybe that's why they based the name off of the lady. Well, I don't know what happened but it's not cool at all.

Sturbucks is a mythological experience. The name is derived from a character named Starbucks in Herman Melville's novel Moby-Dick. But the concept is mythological. The green woman, comes from the mythological creatures 'sirens'. They are referred to as dangerous creatures that trick sailors with their beauty. Even if the person that encounters them is not sailor, they're still deceived by the beauty and the mythological songs of the green woman, go to her and pay a large fee for the coffee.

What we call the Alfa Romeo brand or logo is an internal matter of the Visconti family. A building completely filled with Italian noble family symbols. The red cross is associated with the aristocracy, the white background is the peasant folk, the crowned snake is the symbol of the family. There isn't much that relates to us non-royals.

This brand has long successfully associated itself with robustness. This is not a coincidence, it is a policy. The volvo, symbolizing Mars, the god of war with the steel circle and arrow in the logo, has been referring to strength and strength from the beginning. The diagonal line that runs through the back of the circle? We put it in front of the vehicle so that we could attach the logo to it. This really is the case. 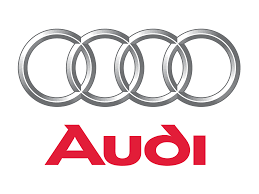 "Legt godt" means "play well" in Danish. Another brand that comes out of a phrase. It is not known whether it is a coincidence, but the word "Lego" means "I am assembling". But the certainty is that the company is the world's largest toy manufacturer.

In such a list, Apple is a must. What does that bitten apple mean? There are several theories on this subject; The first is that this apple symbolizes the apple falling on Isaac Newton's head and is a scientific attribution. The second claim is a little more ancient; On the fact that this apple is the first apple to be bitten by Adam and it represents the first sin of man. This claim may seem unreasonable at first, but when you come across a few thoughts such as the first sin of man, sin and technology, individuality, you can be almost like a truthful person. The third is that the apple is a reference to Alan Turing. Alan Turing is a genius mathematician who cracks enigma codes and is considered the father of the concept of computers. So what's the apple about? Turing was forced to commit suicide because of his homosexuality and committed suicide by biting an apple containing cyanide. In the first format of this Apple logo, there was a rainbow apple which might've tie into the LGBT themes. 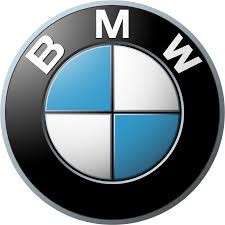 BMW. It stands for Bayerische Motoren Werke. Namely the Bavarian Motor Factories. This brand originally only produced aircraft engines. Its logo symbolizes an airplane propeller rotating on a blue sky.

Brands, Logos and Their Unusual Stories